How to get a Liquor Licence for a Hotel

What are the different types of Licences for Hotels?

Publican’s Licence (Unconditional – prior to 1902)

Licences granted to premises prior to 1902 that operated as an inn or hotel was known as being ordinary publican’s licences.  The holders of these Licences may serve alcohol with meals for the periods permitted after normal hours if certain criteria were fulfilled.

Licences can no longer be granted under the Tourist Traffic Act. 1952.  However, licences are still issued in respect of hotels that were licensed prior to the date of repeal of part IV of the Act.  Licences granted in respect of this Act cannot be renewed without the production of a Fáilte Ireland certificate to the Revenue Commissioners.

In order to obtain this licence the applicant must satisfy the court that the premises fulfil certain requirements.  Under section 2(2) of the Licensing (Ireland) Act, 1902, a Hotel is defined as a “house containing at least 10 or, if situated in a county borough, at least 20 apartments and used exclusively for the sleeping accommodation of travellers, and having no public bar for the sale of intoxicating liquor”.  For a court to grant an order it must be satisfied that the premises fall within the above definition.  If the premises subsequently changes and falls outside of the definition the licence becomes inoperable and cannot be renewed.

Between 1902 and 1952 For the purpose of renewal it is not necessary that the premises be registered with Fáilte Ireland unless the licence has been allowed to lapse, in which case it must be registered.

Subsequent to 1960 In order to renew these licences the premises must be shown to be registered in the Register of Hotels with Fáilte Ireland.  The premises cannot contain a public bar unless an order under section 19 of the Intoxicating Liquor Act, 1960 has been obtained.

A ‘public bar’ is a “barrier or counter, from which drink (or food) is served out to customers in an Inn, Hotel or Tavern; and hence in a coffee house, at a railway station, etc; also the space behind the barrier, and sometimes the whole apartment containing it.”

How do you get a Licence?

Also, a declaration from the court under section 20(2) of the Intoxicating Liquor Act, 2000, would allow for the use of a public bar on the premises.

Sale of Intoxicating Liquor to the General Public

There is no prohibition of sale of alcohol to the general public in a premises licensed under section 2(2) of the 1902 Act.  Liquor may be supplied to persons other than travellers or lodgers on the premises.

Can I upgrade a Hotel Licence to a full Publican’s Licence?

The holder of certain licences granted for a hotel under Section 2(2) of the Licensing (Ireland) Act 1902 have the option to upgrade their “Hotel Licence” to a full “Publican’s Licence”.

In order to qualify for the upgrade:

(ii)   The District Court must declare that it is satisfied that the premises has been operated, at any time during the 5 years preceding the 6th July, as if there was a publican’s licence rather than “an hotel licence” attached thereto; and

(iii) The licensee must make a once off payment to the Revenue Commissioners.

What are the trading hours?

“Nothing in this Act shall be deemed to prohibit or restrict the sale of intoxicating liquor by the holder of an on-licence at any hour on licensed premises to a person then lodging in such premises.

Renewal of a Hotel Licence

Fáilte Ireland registration of a hotel is not a requirement for the initial grant of the licence but the Revenue Commissioners will require proof of such registration before issuing the renewal of a licence.

Inspection, certification, registration and grading of hotels is carried out by Tourist Accommodation Management Services Limited (TAMS) on behalf of Fáilte Ireland.

Licences must be renewed annually and in order to do so the licence holder must possess the following:

A renewal notice will be sent to the Licence holder prior to the expiration of the licence every year and the Licensee is required to declare that they possess the above documentation.

Furthermore, an objection can be made to the renewal of a licence in the event that a condition of the granting of the licence has been breached.  In order for the renewal to be granted the premises must continue to fall within the definition of hotel and fulfill the requisite room requirements.

Can I apply for Special Exemption Orders?

Yes. An application can be made to the District Court for an order to permit the sale and consumption of alcohol on special occasions in licensed premises after normal closing hours.

The court must be satisfied that the premises complies with fire safety standards under the Building Control Act 1990 and that the occasion will be conducted in a manner that will not cause undue inconvenience or nuisance to persons residing on the locality or create an undue threat to public order or public safety in the locality.

There is a permitted ‘drinking up’ time of 30 minutes following after the period for which the special exemption order has been granted.  However, entertainment is not permitted during this time.

Where the premises not licensed for public dancing there is a requirement to provide a substantial meal.  Section 9 of the Intoxicating Liquor Act, 1962, provides that for the purpose of the Licensing Acts and Registration of Clubs Act a meal served in any premises shall not be deemed to be substantial unless:

(a)       The meal is such as might be expected to be served as a main midday or main evening meal or as a main course at either such meal, and

(i) Having regard to the prices charged for meals in the premises at times other than prohibited hours, or

(ii) If meals are not normally served in the premises having regard to all the circumstances, it would be reasonable to charge a sum that is not less than €9.00.

However, where a special exemption order is granted in respect of a dance held on premises licensed for public dancing a substantial meal need not be served to those attending the function.

Compton Solicitors have over 25 years experience in applying for all forms of Liquor Licences and would be happy to give preliminary advice on planning, legal and fit out issues for any licence projects countrywide.

Liquor Licensing is a complex and multi faceted process.

We pride ourselves on providing a simple, non technical road map with a speedy timeline for completion of the project.   Along the way, we will liaise directly with architects and accountants to leave you free to concentrate on your business.

The Information in this document is provided subject to the disclaimer contained on the Compton Solicitors website. The material is provided for information purposes only and does not constitute legal or any other advice. 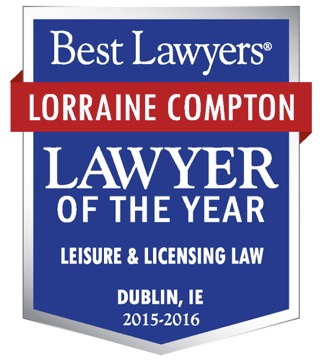